The Burning Truth about Back Up 

The NY Times report on the Universal Studios fire in 2008 has been heart breaking for anyone working in the media industry: ‘One-of-a-kind master recordings of worldwide famous artists were lost in a 2008 fire at Universal Studios. Works by famous artists since as far back as the 1940s were destroyed, including almost all of […]
Written by: Keiren O'Brien
Read time: 3 Min 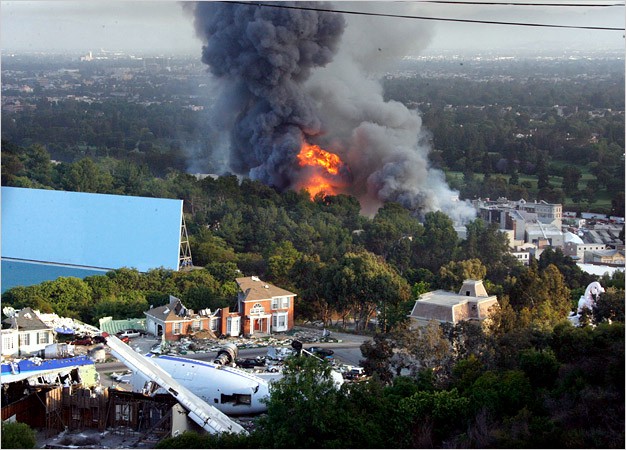 The NY Times report on the Universal Studios fire in 2008 has been heart breaking for anyone working in the media industry:

‘One-of-a-kind master recordings of worldwide famous artists were lost in a 2008 fire at Universal Studios. Works by famous artists since as far back as the 1940s were destroyed, including almost all of Buddy Holly’s masters, as well as songs by Elton John, Snoop Dogg, Eminem and many more.’ (1)
Extract: Independent Newspaper.)

Recent updates on this story now reveal that it wasn’t just the music archives that were affected but also the huge film and tape archives. Rolls of celluloid film and boxes of beta tapes melting into the ground. It’s truly horrifying to know so much amazing work has been lost forever; totally gone.

Obviously, Universal have been quick to point out that all of the truly iconic recordings and songs first highlighted by the press had already ben transferred to digital formats for prosperity, so ‘the world has lost nothing’.
A lawsuit is pending but as one recording studio engineer recently pointed out…
‘… the real gold is often not what you released but what you didn’t’.

As the majority of the Universal tapes were original studio masters, they will have contained alternative takes, off mic moments and versions of songs deemed ‘uncommercial’ at the time. They may have been uncommercial when recorded but what about now?

This has just been proved wonderfully true when Dave Clark (yep, him of the Dave Clark Five) finally found a lost Freddie Mercury vocal recording of a song they wrote called ‘Time Waits for No One’ recorded at Abbey Road.
It took Dave decades to find the original tapes, no doubt sifting through boxes, but when he found the tapes it revealed a simpler version of the song that, stripped of the pomp of the version the record company released, is utterly captivating.

Fires and floods are thankfully still pretty rare but not that rare that they can’t be one of the things you ignore when archiving your digital data.

What can we learn from the Universal fire? When it comes to your personal digital assets there really is no excuse as it’s easy to make a copy of everything and put it somewhere else safe. Not rocket science and certainly something you can explain to your granny. Every month just update your archive drives with new data so that in case something bad happens you know you’ve got the data. In theory it’s so simple everyone should be doing it, right?

Wrong…! It’s still utterly baffling that, in a commercial setting, where your work and your data is the source of your current or future income, so many professionals and organisations are still not backing up properly or at all.
Just as Universal studio masters will have unheard recordings, so too will the hours of rushes footage created on every filmed project.

Recently talking with an advertising agency producer, they stated most of their original shot digital assets (the rushes) were on a single copy of hard drives, ‘probably in someone’s cellar, as they’re not under the desk anymore’.

When I realized they were serious, I asked what would happen if the cellar flooded, they said they hadn’t really thought about it and were now too busy to talk to me.

A simple rule to follow; 2×2. Always keep your data twice, in two different locations. In our industry that probaly means copying off to LTO to avoid the costs of servers or using the cloud or worse keeping your assets on external hard drives that will fail in time unless spun regularly (they also take up space in your cellar).

So make sure your organisation doesn’t fall victim to the same fate as Universal Music and lose something irreplaceable; get your back up properly sorted. Or call us and we’ll do it for you.