80% of your files are inactive! But can you afford to kill the Zombie Data stone dead? 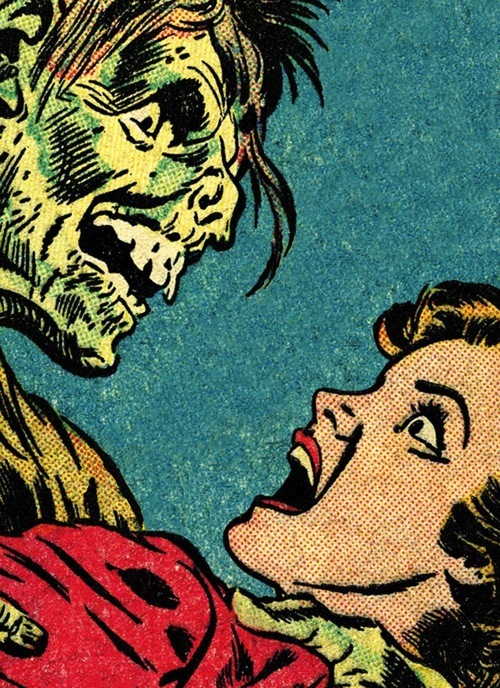 Actually I’ve appropriated the phrase ‘Zombie Data’ from a phenomenon found last year on Apples App Store, the ‘Zombie App’. According to their own data over 60% of the Apps available on the App Store have never been downloaded, not even once; never, nada, nothing! You’d think someone’s Mum might have just done it, one download to show her support, but no, not even that. Must sting!

So how did we reach a place where 80% of our data is Zombie Data, lying there waiting to come back to life?

The computers we buy have bigger internal hard drives, most laptops now ship with 500GB drives, so it’s easy to lose track of the amount of data you are walking around with. An iPhone can hold 256Gb of data, while adding a micro memory card to some Android handsets could give you 328Gb. More space, more room for things to get lost.

Of course this growth in storage is only in response to amount of data we create; Catch 22 anyone?

Zombie Data is really just the stuff we haven’t looked at in a while, or maybe since it was created. Every bit of Zombie Data is something we probably saved for a reason. To figure out the reason you saved it you’ll need to spend time looking at it.

What does your Zombie Data look like? Playlists you made for the love of your life, who dumped you one cold February evening. The six novels you started, or the new sitcom NBC never knew they had missed out on. Well sitcom? One story you tell every time you’re drunk and always gets a big laugh. Then there are the photos and videos.

How many thousands of photographs and videos have you got sat on your computer or phone? Always meaning to review, print, make into an online album or the videos you’ll edit into something ‘special’ for the family. Time? Never enough time to make sense of everything. Easier just to keep everything and buy a bigger computer.

Digital imagery is the single biggest culprit when it comes to excessive data creation and the rise of Zombie Data. There is so much of it and files are all big.

Imagine though if your business is capturing digital imagery? Your entire business is creating folders you know will soon become zombies.

For professional film makers and content producers the issues of ‘Zombie Data’ are growing more critical by the day.

A finished TV commercial may only be thirty seconds long but it can take many hours of raw material, the rushes, to create that piece of polished end product. A movie can be hundreds of hours of footage, the situation often exacerbated. What do you do with what is left over? Keep it obviously!

Most professional film makers have terabytes of archive material that is in essence Zombie Data. Actually, it’s probably unfair to represent this professional digital-film data as Zombie Data; it is more accurate to describe it as ‘Cryogenically Frozen’ just waiting to be reanimated to its original form and used again. This is a modern day archive, the shelves and shelves of materials of old, now digital-film data assets.

These digital-film data archives represent hundreds of thousands or often tens of millions of pounds of investment. This also causes issues because in most cases the people who conceive of and make the films are commissioned to do so by clients or money men, they don’t normally own the material they might want to keep but they have to keep it safe.

So how do you protect your professional digital-film archive and make sure your data can be brought back to life when you need it?

· Firstly, make sure that you have got two copies of the data; hard drive and LTO or preferably two LTO copies.

· Then you have to make sure it is well archived and catalogued, there is no point in resuscitating the wrong corpse or losing a really vital piece of data.

· Finally make sure you hold the two copies in two separate places just in case something happens to one copy, flood, pestilence, fire or Zombie horde at the door.

The phenomenon of Zombie Data is not going away; it is just part of our new digital reality, but for businesses it is vital to make sure that these older formats are kept safe and protected for prosperity.

You never know when, in the new digital world, that the tiny project you forgot about can make your fortune.