Last year, April 22nd, 2020 marked the 50th anniversary of Earth Day. 50 years earlier, Gaylord Nelson, a Wisconsin senator, had growing concerns about the state of the environment. The horrific oil spill in Santa Barbara in 1969 galvanised him into action and he organised teach-ins to engage students and activists to address the emerging […]
Written by: Victoria Harvey
Read time: 3 Min 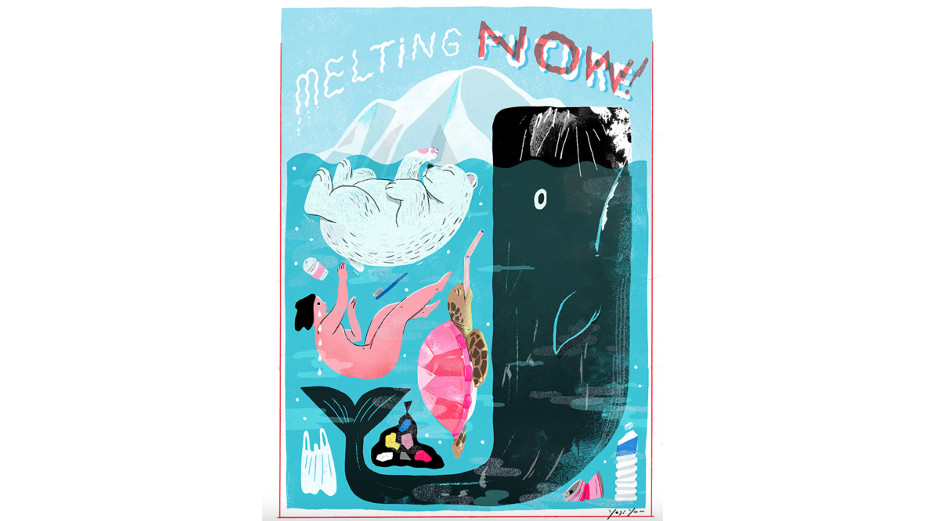 Last year, April 22nd, 2020 marked the 50th anniversary of Earth Day. 50 years earlier, Gaylord Nelson, a Wisconsin senator, had growing concerns about the state of the environment. The horrific oil spill in Santa Barbara in 1969 galvanised him into action and he organised teach-ins to engage students and activists to address the emerging climate crisis. The resulting concept of ‘Earth Day’ as it came to be known, created a movement, which at the time engaged around 20 million Americans – 10% of the population. It led to the creation of the EPA, the Clean Air Act and other key environmental legislation. Over the years, citizens from almost every county in the world have become involved in Earth Day in one way or another.

So far so good. But in 50 years how far have we come and what progress have we made? It’s no secret that we’re struggling to keep global warming to 1.5 degrees and that urgent action is needed from every citizen, country, employee and corporation to reduce carbon emissions by 2030.

What does that mean for those of us working in media and production? There has been some great progress made with initiatives such as We Are Ad Green and We Are Albert. This year the Advertising Association launched Ad Net Zero which focuses on many areas from production to agency operations and creative inputs. All these programmes are easy to follow and give guidance on reducing carbon footprints in production.

It would seem that the two big issues to tackle first are energy and transport. The AA’s think tank Credos estimated that the bulk of the UK’s agencies’ operational CO2e emissions came from energy usage (42%) and from business travel (58%). I should imagine it’s the same story for production. Employee flights for shoots have already been reduced during Covid. How can this be maintained? Switching to a green energy supplier is easy and should be on every company’s to-do list.

After that there are many other less obvious issues more specific to production to consider. One is data management and the storage of terabytes of digital film data on servers. What most people don’t realise is that this creates many thousands of tons of CO2e and is often unnecessary when we can easily store long term data on other mediums. Various statistics show that 3% of global electricity is consumed by the world’s 8 million data centres (servers), and they in turn are accountable for over 1% of global greenhouse gas (GHG) emissions. To give you a comparison, global shipping accounts for around 2.5% of GHG emissions and aviation is 3%. So, our indiscriminate use of servers for data storage, streaming and other online consumption isn’t far behind global shipping and aviation. We have to reduce the amount of data (personal and professional) we store on servers, as well as looking at how much data we send and stream. 10TBs of data held on servers for five years creates around 9,000kgs of CO2e – that’s the equivalent of 17 return flights from London to Madrid.

We then turn to physical use of ‘stuff’. One issue pertinent to the production world is the single use of hard drives. Hard drives are designed to be used for thousands of re-writes, but it’s still common practice to buy a new drive for each shoot and then store the data on that drive for years and years. The embodied carbon of a hard drive is mostly created in its manufacture and shipping – to use this item only once and then store it on a shelf is a huge waste of natural resources and semi-precious metals.  It’s like buying a new kettle every time you want to make a cup of tea.

The key takeaway is that we should be looking at every single action we take and every single ‘thing’ we use, because it all has a price that needs to be paid, either by us or by the planet. Each and every one of our actions make a difference, and if we all strive for change in every area of our personal and professional lives then we can collectively make a difference.

As Sir Ranulph Fiennes said, “Examining any and all sources of greenhouse gas reduction is vital to building a sustainable future for us all.”

Victoria Harvey is a practitioner member of the Institute of Environmental Management and Assessment and has a master’s degree in international development. She works with the broadcast and advertising production sectors to promote low carbon methodologies and practices in media through her role at Film Locker, as well as independently advising and producing annual sustainability reports for agencies and production companies.

My Green Pod Magazine (it’s great you should subscribe)

Edie – ‘How big is our waste mountain?’

We Are Ad Green

Stanford ‘Carbon and the cloud’